Two 1959 photos of Jim Cordero, Bob Botelho and Paul Richard was taken when they were home on leave after their basic training.  Jim enlisted in the Air Force, Bob and Paul enlisted in the Marine Corp.  The two photos were taken in December of 1959 at my parents house on Green Street. 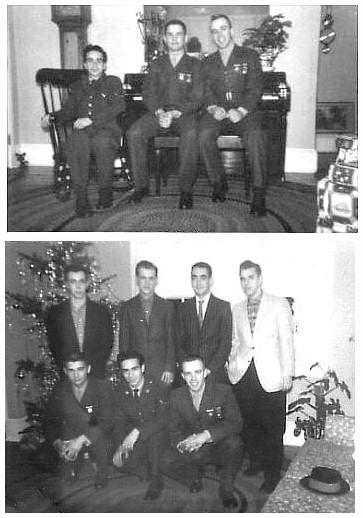